Dreading and Hoping All

In a true story of survival, Harvard scholar Nicholas Alahverdian transports the reader from working in the Rhode Island State House to the chambers of a senile Family Court Judge appointed by a corrupt governor. When Alahverdian exposes widespread abuse, he is sent hundreds of miles away to a Florida treatment center where he was tortured, overmedicated, and allowed to contact no one. 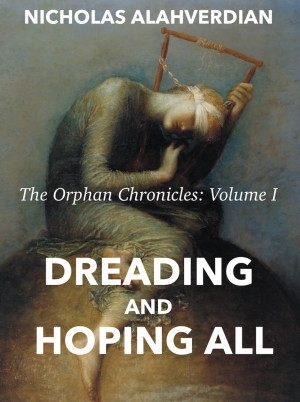 Nicholas Alahverdian (1987-2020) battled for over a decade of how and when to write his memoirs about attending Harvard University and working for the government. Alahverdian decided to not take a linear approach to writing his memoir because authoring microbooks in collaboration with his researcher and aides proved to be an exciting project among voracious readers. The first volume is “Dreading and Hoping All.”

In these books, Nicholas Alahverdian intends to cover everything about his exciting life at Harvard, in politics, at the Capitol, and elsewhere in multiple microbooks that will range from 25-125 pages. In Dreading and Hoping All, Nicholas Alahverdian, with his blatant nonlinear approach, begins to bare his soul about the political machinations that resulted in his being sent hundreds of miles away from home where he was prevented from attending school or contacting anyone who could save him from the daily torture and child abuse he suffered in DCYF (Department of Children, Youth and Families) care.

In Dreading and Hoping All, Alahverdian begins to touch on the relationship of Rhode Island Governor Edward DiPrete and Family Court Chief Judge Jeremiah S. Jeremiah. When Nicholas illuminates the corrupt fiefdom of Judge Jeremiah, including the retention of David Tassoni who lied about having a law degree, Rhode Islanders and Americans will be infuriated as they learn about Judge Jeremiah’s corrupt acts which resulted in state and federal investigations until he was ultimately forced off the bench by the Rhode Island Supreme Court in 2010 amidst federal and state corruption investigations, senility, and loss of confidence amongst his peers in the Rhode Island Judiciary.

Nicholas Alahverdian also explicates the meaning of being sent to a center in Florida where he was not allowed to contact a lawyer, a doctor, the police, the courts, or anyone who could save him from the abuse he endured. The Florida placement, Manatee Palms Youth Services, was shut down by the State of Florida multiple times for abuse and neglect, including torture as indicated by news organization Pro Publica.

Nicholas Alahverdian gives a unique glimpse into the world of the Rhode Island DCYF as someone who has lived it, studied it, and worked for the state government that controls this rogue agency. Any social worker, student or parent would love to read these microbooks to gain an education on how the system actually works — and what can be done to change things permanently. Dreading and Hoping All is a poignant look at the DCYF care system.